The gold of this KGF ian made city proud. Hajee Sir Ismail Sait was a great Philanthropist of KGF; He was an illiterate who worked as a newspaper boy during his childhood. Also, he went round the European Bungalows carrying some of the market commodities to sell and earn his livelihood. The same man in his later years grew up a famous big business magnate who donated his hard earned wealth to public welfare. He built many schools, mosques, hospitals, hostels etc. The Isolation Hospital at Indira Nagar, Bangalore, The Ghosha's Hospital at Shivaji Nagar, Bangalore, The White Field Railway Station behind the Mosque, the SP's office near the Kannada school, the Champion reefs KGF, the Madanapalli Sanatorium are some of them. Ismail Sait also donated wards to government hospital at Robertsonpet. Robertsonpet was also his donation at The Municipal Ground and the once Silver Jubilee Park. He was also the owner of a saw mill opposite the Champion reef railway station and now this area is called the Saw mill line. During the 1895 famine, Ismail Sait imported food grains and provided free food to the people; Also, he sold subsidies at subsidized prices to poor people.

Ismail Sait did not even get his primary education due to poverty. Since he could not even sign his mother tongue, he used to carry a seal of affixing letters of communication. Later he learns to speak fluently in thirteen Indian languages; He is also a student of English, German, French, Spanish, Latin and Arabic. Ismail Sait developed his business out of hard work and expanded it to all major cities of India. He founded the famous 'English Warehouse', the most prestigious business firm at the KGF The Firm opposite St. Champion reefs at Victories Church. It imported many of the day-to-day and luxurious commodities from England and sold them to Europeans, but also to the natives. The firm had customers not only in KGF, but also in places like Madras (Chennai) and Bangalore. Rich people from Kolar and Bangarapet also visited this center to buy a vide range of novel items which were not available at their towns. Other items like 'Made in England' mark with Commending Small safety pins, costly textiles, jewelery, cosmetics, liquors, sweets, chocolates, cheese, tinned meat, fish, fruits were sold here. Apart from business, Ismail Sait also features mining industry-like buildings, residential bungalows, over-head bridges, culverts and commercial premises for the construction of undertook contracts. He became the most respected personality of the KGF and other places. Even if he is late to the champion reef or Maarikuppam railway stations, the railway authorities used to delay the departure of the Hajee.

In the business acumen of appreciation, King George V was happy to confer on Ismail Sait the prestigious 'Knighthood of England' (Kt). Other awards conferred on him include: Order of the British Empire (OBE), Knight Commander of the Start of India (KCSI), Grand Commander of Indian Empire (GCIE) and Khan Bahadur. In 1911, Ismail Sait was nominated as a member of the Madras Legislative Council. In 1923, the Mysore Government conferred on him the prestigious title Fakhr-ut-Tajjar. The Hajee was invited by the British to the Russell Market in Bangalore on 5th August 1927. The Market was donated by Ismail Sait. A model of the key was that market was presented to him as a memento. This Philanthropist, respected by all sections of the Society of KG F spent his last days at the Madanapalli Sanatorium built by him. He died in the year 1940 at the age of 70. 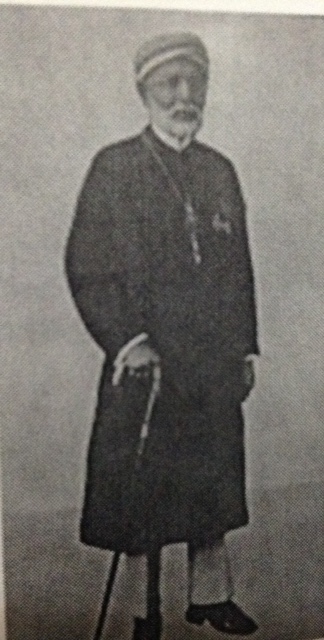